Countless days and nights compile this body of work that began in 1990. It includes a wide range of subjects - from natural history to physical science - from whales to rockets to lots of golf - so hopefully you'll find something of interest.
​ 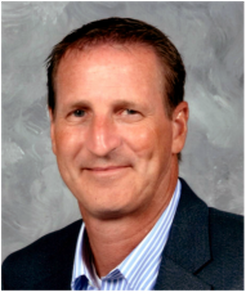 R. ANDREW HUNOLD​
For more than 30 years, I've held upper management positions for some of the finest museums and attractions in the state of Florida. My primary roles: keep projects on schedule and on budget with museum quality craftsmanship - installing more than 125 permanent and temporary shows, in all.

While serving as Exhibit Director at the World Golf Hall of Fame, I managed daily exhibit operations and produced all displays from 1998 to 2013. These shows allowed me to work with some of the game's greatest players and memorabilia, including Arnold Palmer, Jack Nicklaus, Gary Player, Byron Nelson and the Bob & Dolores Hope Foundation.
​
From 1996 to 1998, I worked for Delaware North Park Service - concessioner for NASA - at the Kennedy Space Center Visitor Complex, Cape Canaveral, Florida. I served as Exhibit Coordinator for two-multimillion-dollar attractions - the International Space Station Center and Launch Complex 39 Observation Gantry - and oversaw exhibit maintenance services for the Apollo-Saturn V Center.

From 1990 to 1996, I served the Museum of Science and History, Jacksonville, Florida as an Exhibit Designer. Within one year, promoted to Director of Exhibits, developing a long-term exhibition schedule and installing more than 30 traveling exhibits.